A blog advocating autism through my own personal experiences and insights.

Combining My Autistic Advocacy and Writing

As a writer, deciding what to write can be difficult at times. Whether I’m wondering what to put in a blog post such as this, writing a poem, or writing a novel, it can indeed be quite challenging. When writing a novel, for example, the writer has to begin with some idea, whether it be from personal experience, a newspaper story, another story he/she’s read, etc. I certainly can find it somewhat challenging. Yet an idea has been steadily growing in my head that could indeed become useful in my fiction writing (after I finish my series of young adult mystery novels that will probably be finished in a couple of years, regardless if they get published or not).

The title of this post pretty much says it. I plan to write novels about autism (as well as math and philosophy that I elaborated on in a previous post). Writing a novel about autism is certainly something that I’ve been playing with in my head for several years. Several plot ideas came and went as to how I would go about this and as life continued, there were new experiences which were deeply impacted by my having autism. In the beginning, I was probably influenced by the novel The Curious Incident of the Dog in the Night-time by Mark Haddon, which has an autistic protagonist who was in some ways similar to me, in other ways different.

So I wanted to write a novel with an autistic protagonist. Someone who has gone through similar experiences to me. I played around in my head with what the plot should be and how it should or shouldn’t reflect upon my own experiences. I first contemplated writing a somewhat autobiographical novel, but soon my imagination toyed with how different the plot could be from my life yet still hold the themes that I wanted the work to tell.

Of course, while all this was going on, I was still working on my young adult mystery series that I want to finish up before starting something like this. While finishing the mystery series seems to be taking a bit more time than I anticipated, in truth given all that I’ve experienced I don’t think I want to write a novel about autism right away. There are several reasons for this, but the main reason is that I’d like to interact with other autistic individuals first. I’m certainly not going to write a novel based solely on my own experiences. I’d feel vain doing so and I’d like the novel to address some of the concerns of autistics at large. I’ve also gained new insights from my experiences with autism and I’d like to see if life can tell me anymore (which it probably will) about living with autism, which is party why I created this blog.

It’s a crazy idea, but I think it’s a good one as well. It can also spin off in several directions. Questions abound immediately. What would such a world be like? Would it be better, worse, or about the same than Earth? Another question that we need to ask has to do with how the diagnosis of disabled works on Planet X. Given that autism takes in a whole range of behaviours and it’s really hard to define which behaviours constitute being autistic or not, this could be harder than it looks. While high-functioning autistic behaviours such as needing routine, structure, and literal translation can be considered normal on Planet X, what about low-functioning autistic behaviours? For example, how would Planet X distinguish between the autistic savants and those who have mental retardation? This will certainly be a problem that will have to be worked out.

While I really don’t have an answer as of yet to the second problem, I think I have a bit of an idea of the first. I’ve actually speculated about such a world in one of my earliest posts It’s All a Matter of Strengths and Weaknesses where I elaborate on the philosophy that autism is just a unique combination of strengths and weaknesses, which is no reason for thinking that autistics are any more deficient than the rest of the population.

I can already start to picture what a world would look like. Conversations would have more logic and have no figurative or double meanings. They would also go about three times as slow. People would be more honest and would almost always (if not always) have their actions and words match up. There would be no social games that you’d need to “play” in order to be friends with someone or had a crush on someone and wanted to date them. Unusual (unusual that is on Earth) body movements such as hand-flapping, rocking, finger-snapping would be in the norm. There would also be a lot less noise and crowds. People might find ways to make heavy machinery a lot less quiet and to have order (although by how much, I’m not quite sure) in large gatherings so they don’t overwhelm themselves (large gatherings would only occur if absolutely necessary to boot).

While such a world might be utopia for the autistic, it would be less suited to those who weren’t. They’d probably get in trouble a lot. They would have a weird sixth sense for body language and be noticeable for lying (when in fact they were using a double meaning). They might even be considered a “danger” to a “carefully constructed society”, especially by those who were ignorant of their condition. In fact, I think it’s quite possible that people who weren’t autistic on Planet X would have just as much a hard time as autistics on Earth and that not every autistic on Planet X would be willing to help them or understand them. Many would want to “cure” them. Such ideas may come into play for the various conflicts that’ll occur in a piece of fiction that portrays Planet X.

I’ve also tried looking up to see if any novel or story does indeed portray such a world, but I’ve yet to find one that does. If you know of any, I’d love to hear about them. Any story that portrays such a world is bound to be an interesting read.

A Third Level of Freedom

Comments on: "Combining My Autistic Advocacy and Writing" (3) 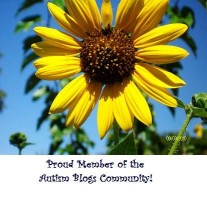